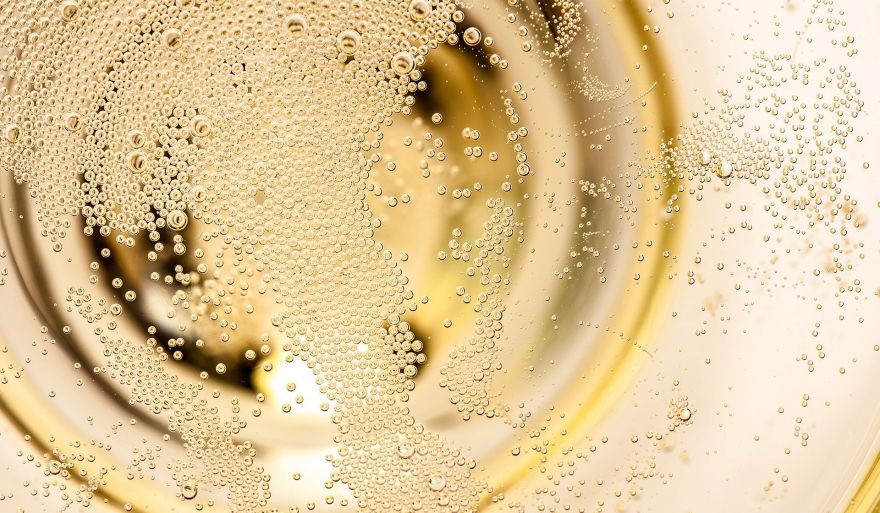 We are attracted by the sparkling bubbles as a vital and sinuous dance, a show suspended between science and magic. But how do bubbles come about?

From the opening of the bottle to their expansion in the glass, the bubbles of Spumante Prosecco Superiore entertain us with a submerged and discreet display. It is magic for the senses. The wine descends with a rustle then, like fireworks, the bubbles explode on the surface bringing with them subtle fragrances, seraphically flickering continuously from the bottom of the glass, playing out an enchanting show in which we participate directly, modifying it with brief sips.

The life of the bubble, however, retains a role closer to science than poetry.

Fragile and complex, the sparkling life of a Spumante begins with alcoholic fermentation, a natural phenomenon resulting from the action of yeasts that transform the sugars in the must or wine into alcohol and carbon dioxide. In the production process of sparkling wine Conegliano Valdobbiadene Prosecco Superiore DOCG, better known as the Charmat Method, the bubbles are created in the second fermentation. The base still wine, selected on the basis of its structural characteristics and aromas, is transferred to large pressure-tight steel containers known as autoclaves, to which yeast and sugar are added. At low temperature and constant pressure a second fermentation takes place. The yeasts feed on the sugar producing alcohol and a large quantity of carbon dioxide which remains dissolved in the liquid due to the pressure. But it is in the glass that magic and science combine to reveal to us the sparkling life of Spumante.

THE BIRTH OF A BUBBLE

The formation of a bubble is a phenomenon that undoubtedly fascinates and seduces us. It is almost hypnotic to watch those perfect little spheres rising from the bottom up to the surface.

There are two ways bubbles are formed. In the first case their formation, called natural effervescence, depends on a completely random event. Carbon dioxide dissolved in the wine binds to tiny cellulose fibres carried by the air or remaining attached to the inside surface of the glass after drying it. When filling the glass with sparkling wine, each of these fibres in contact with the liquid creates an internal sac of air. The capillarity forces try to draw the wine into the fibre which continues to retain air before filling completely with wine. These tiny pockets of air perform the so-called nucleation function; that is, they allow carbon dioxide to bind to the air contained in the sacs in order to be free because by itself it wouldn’t have sufficient energy.

A bubble is thus formed that begins to swell and, on reaching a certain size, starts to float until it detaches from the fibre and floats towards the surface of the liquid, leaving behind it a new bubble ready to be born. Generally, about 30 bubbles per second detach from the same fibre, forming those sinuous chains that intrigue us so much. Natural effervescence, however, remains a difficult phenomenon to control since the presence of these fibres, as we have already said, is completely random.

For this reason, in order to make the formation of the bubbles more certain and pleasing to the eye, the glass industry makes laser engravings on the bottom of the glass, creating artificial nucleation points. The pits, about twenty for a good formation of bubbles, arranged in a circle, form pockets of air when they come into contact with the sparkling wine, to which carbon dioxide attaches to form the bubbles. Once they reach a certain size they detach and rise towards the top. And it is due to the effect of these two mechanisms, often operating simultaneously, that we see streams of bubbles rising from the bottom of the glass, others from the walls and still others from a point suspended in the wine.

Tagged under :
Tweet
More in this category: Sommariva presents rive di collalbrigo costa extra brut The landscape of our hills: between vocation, identity and art