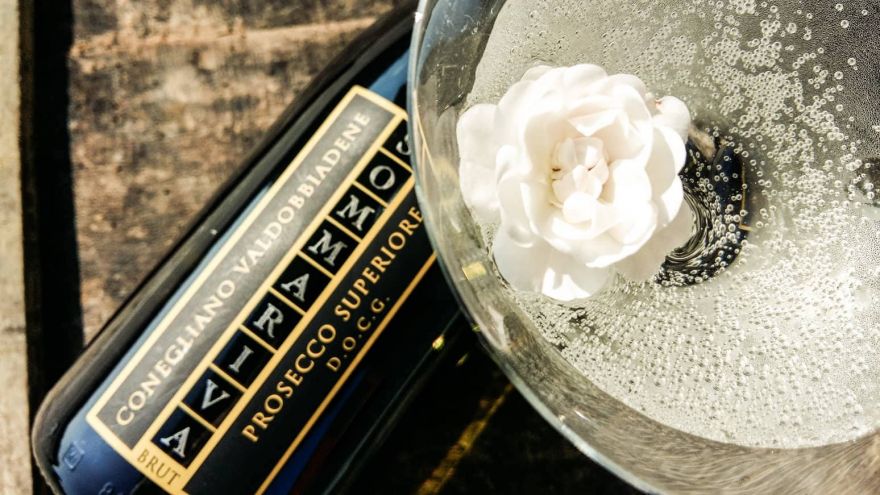 The strength and elegance of Prosecco Superiore Sommariva Brut are the soul of a sparkling wine
conceived in the land, born from work and grown from experience.

Some wines, perhaps more than others, know how to reveal their identity from the first sip. They exhibit the trait of a vintage in a nuance of color, offer a taste of a lucky balance of a season in a more or less blunt acidity tip, in the intensity of the aromas and finally they know how to reveal the paternity of the territory through the density of the body, an imperfection or an unmistakable characteristic feature.
Our Prosecco Superiore Brut, with its stength  and natural elegance, is a wine that knows how to tell about itself and its territory starting from the aspect that most identifies it, the minerality.

SON OF A IRON- RICH -SOIL

The Prosecco Superiore Sommariva Brut is the son of an iron-rich- soil which, in addition to giving the characteristic mineral scent to the wine, determines the reddish color so identifying some stretches of the soil of the territory of San Pietro di Feletto, having given the name to the hill on which our winery stands, Palazzo Rosso. The iron rich ground is nothing more than a geological formation born from the karst phenomenon of the erosion of the river waters that flowing over the centuries on this part of the territory has washed away from the soil above all the calcareous substances leaving only the mineral ones in evidence.

Our vineyards have their roots in these vast banks of red earth, absorbing mineral microparticles; the traits of the genetic patrimony that are renewed every year with the process of vegetation of the vine and the interaction with the microclimate complete the process giving the Prosecco Superiore Sommariva Brut that odorous shade of chalk and dust that we identify as minerality.
It is in this very particular land, therefore, that the personality of our wine is conceived. A heterogeneous and unique hilly system in which the ancient flow of waters has shaped deep gorges and gentle plateaus, bringing out rocky protuberances and giving life to lush woods that create different microclimate bands in which the vine responds in a different way. It is only up to man's experience to reap the fruits and enhance them according to their values and vision.

FROM THE EARTH TO MAN

From earth to man, the circle closes. If it is true that a wine is born in the earth by interacting with the natural factors of the place, it is also true that man has the duty to do everything possible to create the right conditions for this to happen. With our work we accompany our Prosecco Superiore Brut to birth, with care for each vintage. Over time we have chosen the right Glera clones for the clayey and morainic soil of this plateau, so fertile and deep; we have identified the right exposure of the vineyards to the sun so that there were hours of light and the heat necessary to ripen the grapes; we have experimented with farming systems capable of containing yields and vegetation and that prevent or limit the damage caused by spring frosts or too cold winds. The rest is a simple observation of how the vine interacts with the whole pedo-climatic system of this area, forging its own character naturally, intervening as little as possible, where possible, in the precarious seasonal balance.
From the earth to man, we draw on our experiences to give birth to a Prosecco Superiore Brut with a straightforward and genuine character. A careful and respectful process that takes the right time to grow a sparkling wine with a bright color, fresh and vibrant aromas, a full and harmonious body, an expressive chiaroscuro that redeems a personality that reveals its clear territorial origin.