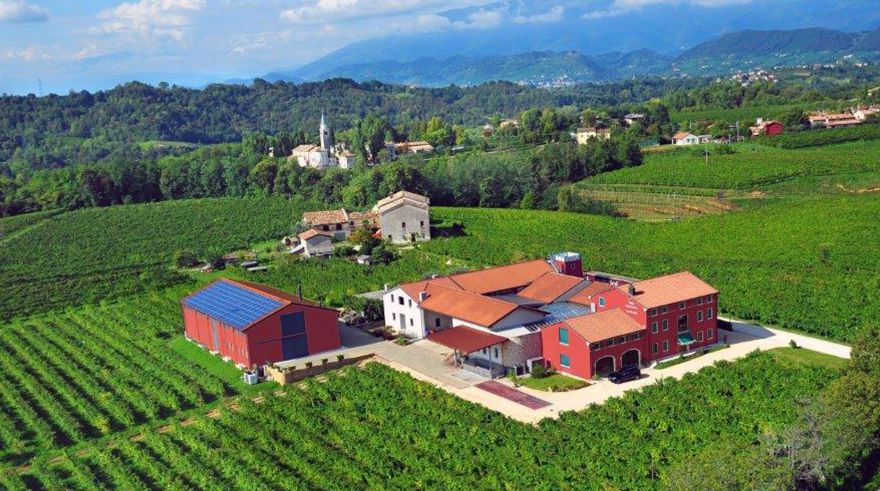 It was the 1970s when the idea came about that a sparkling wine produced from the grapes grown on our hills could conquer the world. Just then father and mother, Caterino and Urbana, plucked up the courage to buy a few hectares of vineyards in the hills of San Pietro di Feletto, in the centre of the production region of Conegliano Valdobbiadene Prosecco Superiore.
Here stands Sommariva Palazzo Rosso.

After some years those few hectares became 50 hectares, and today we are proud to be one of the first of the Denomination’s directly managed companies.
The baton was picked up and carried by daughter Cinzia who with passion and determination, renounced the role of accountant to take on that of an agricultural entrepreneur.
The 1990s arrived and she decided to build a modern, functional cellar in which to welcome the wine produced by our grapes. The single guiding principle was to produce Spumante Conegliano Valdobbiadene Prosecco Superiore with a strong identity of the region.

Today it is the strength of a woman in command making precise and responsible choices, cultivating the vines, respecting the rhythms of nature, preserving and enhancing the uniqueness of our territory, (a UNESCO World Heritage Site), and making exciting, characterful craft wines of refinement and elegance.